﻿﻿By now it would’ve been in the front pages of all newspapers in Imo State, various national dailies, local and international websites, blogs, radio and television stations, all of them displaying and reporting that people have lost their lives in Imo State. As I sat down and thought deeply about this deaths aversion, I lifted up my hands and voice in praise to Almighty God!. 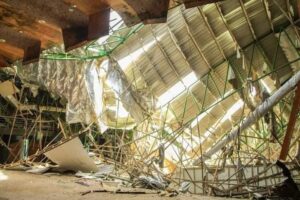 Fellow citizens of Imo State, I took notice that the 3000 capacity conference centre known as Imo International Conference Centre (IICC) at Warehouse junction Owerri, is no longer being used by people to host their events or used by the Imo State Government to host their functions. I said to myself, “why?”

I wondered, why will Governor Hope Uzodimma suddenly restrict hosting of any event that will have a lot of people inside that spacious building and only used that place to store and disburse Covid-19 relief palliatives?. I never knew he saw something most of us didn’t see about that building. What an act of prescience!, This is what leaders are known for, they see the future ahead of their followers and prepare for it and even put things in place to protect their followers from dangers that may be in it. He averted the loss of lives of many Imo people.

Former Governor Rochas Okorocha said he spent 3 Billion Naira to build Imo International Conference Centre. That centre should be just 6 years old now but today, the 3 Billion Naira worth of a conference centre is among most of his projects built while he was in office that have collapsed after 5 years or 6 years and some 3years after they came into existence. Orji flyover is still laying inactive because it started collapsing even while the former governor was still on seat. The tunnels he built became deathtraps to the people and today they’re being closed up by men trained as civil engineers. 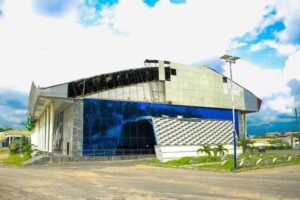 What if people were not restricted from using that 3000 capacity Imo State International Conference Centre (IICC) before its collapse? Imagine a scenario where 3000 people or more lost their lives in a building collapse like this. God forbid!. Yet we still have such substandard projects littered in various communities in the State built for our primary school children…I weep. May more deaths be averted in Jesus name, amen. 🙏

Indonesia Among Top 10 Destinations For Chinese Tourists In 2017

INSECURITY: Gov. Samuel Ortom of Benue State Laments Over the Killing Of 7 Persons by Herdsmen

Indonesia Among Top 10 Destinations For Chinese Tourists In 2017

Ngurah Rai International Airport To Close For 24 Hours For Nyepi

The Chinese smartphone upstarts taking on Apple and Samsung

﻿﻿By now it would've been in the front pages of all newspapers in Imo State, various national...